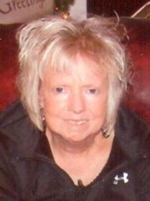 She attended Grace Pointe Community Church. She loved spending time with her grandchildren. She also enjoyed going to Florida and gardening.  She is survived by her loving husband of 47 years, H. Mack Buckenberger; daughter and son-in-law, Missy and Joe Pfister; son and daughter-in-law, Seth and Katy Buckenberger; five grandchildren, Alli, Brock and Jarrett Pfister, A.J. and Ian Buckenberger; brother and sister-in-law, James and Patty Stephens; sisters, Norma Jean Cline and Lillie Keylor; and many nieces and nephews.

Our love and prayers go out to her family. 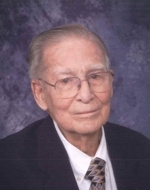 Rev. Dr. John H. Krier passed away on March 20, 2017. John was born October 7, 1922 in Norristown, Pennsylvania. Dr. Krier graduated from Eastern Baptist College and Theological Seminary, Philadelphia, Pennsylvania with a Bachelor of Arts and a Bachelor of Divinity in May, 1950. Rev. Krier was ordained by the Philadelphia Baptist Association in 1950. He then came to Youngstown, Ohio as the Associate Pastor of the Baptist Temple in 1950. In 1953 he became Pastor of Calvary Baptist Church on Oak Hill. Under his leadership the congregation moved to their present location on Shields Road in the spring of 1966. Rev. Krier received his Master of Theology from Pittsburgh Theological Seminary in May 1960. He then received a Doctor of Divinity from Eastern Baptist Theological Seminary in May, 1972. In 1977 Rev. Krier became the Pastor of the First Baptist Church of Lima, Ohio where he served until his retirement in 1988. Since his retirement he has served 13 interims including Canfield Christian Church, Mount Olivet in North Lima, and Pleasant Grove Presbyterian in Youngstown. Rev. Krier served as President of the Ohio Baptist Convention, Chair of the World Mission Support Commission of the Ohio Baptist Convention, and Chair of the Bible and Missions Conference of the Ohio Baptist Convention. 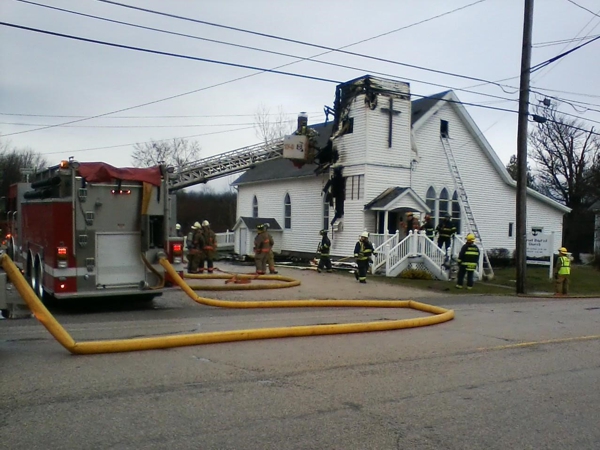 Dorset Baptist Church (North East Association) in Ashtabula County was struck by lightning on March 1, 2017. Please lift this congregation and their Pastor Randy Brookes in prayer!  Pastor Brooks is also the site manager of Camp Koinonia

Neighbors said the lightning struck the peak of the steeple. Firefighters found a fully involved fire in the steeple and immediately called for mutual aid from other departments. The church is located on State Route 193.  In addition to the destruction of the church steeple, there was significant water damage to the inside of the church.

Longtime ABC Ohio Pastor Goes to be with the Lord

Rev. Robert W. Newman, age 93, a longtime resident of Brookville, went to be with his Lord and Savior on Thursday, January 19, 2017. Bob was a veteran of WWII having proudly served in the Army Air Corps. He was a graduate of Wheaton College and Northern Theological Seminary.

For over 50 years, he was Pastor and his wife of 71 years, Flora Mae was the church organist for several American Baptist Churches in the area. We lift up the family in prayer during this time.

James Edwin Ohde, 78, of Mount Vernon, passed away on Thursday, January 19, 2017. He was born October 25, 1938 in Cincinnati, to the late Robert and Dorthea (Lauderbaugh) Ohde. Jim was a member of Brandon Baptist Church. He graduated from Mount Vernon High School in 1956 and from Mount Vernon Bible College. Jim served in the Air Force from 1959 – 1963. After serving in the military, he worked at Cooper until he became a minister in 1979. Jim served several congregations in the American Baptist Churches of Ohio including Bryn Zion Baptist Church in Mount Gilead, Clear Fork Baptist Church in Kimbolton, and First Baptist Church of Loudonville. He was also instrumental in the establishment of the Ohio Leadership Academy. Our thoughts and prayers are with the Ohde family and friends.