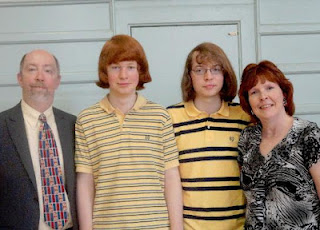 The  Rev. Dr. James Kelsey, American Baptist International Ministries (IM)  missionary in Italy, has been called as the executive minister of American Baptist Churches of New York State  (ABC-NYS). This announcement was made by the Region Board on Wednesday, July 11. Kelsey will begin serving in this position on August 16, 2012.

Jim’s wife Debbie, also an ordained American Baptist minister, will continue to serve as a missionary with IM.  “We are in conversation with the European Baptist Federation and Italian Baptists about the scope of her ministry,” commented Charles Jones, IM area director for Africa, Europe and the Middle East. Debbie is currently on U.S./Puerto Rico assignment.


The Kelseys have served as IM missionaries in Belgium and Italy. Most recently they partnered with the Italian Baptist Union to work with African immigrants.  Kelsey established a program that focuses on theological formation for African pastors and has worked with their churches, providing training, pastoral care and preaching.

“I have enjoyed my years of service with IM,” commented Kelsey, “and have been honored to serve in an organization with such a storied history and vigorous ongoing ministry.  The staff and missionaries at IM have enriched my life and demonstrated daily faithfulness, patience, and giftedness.”

“I look forward to ongoing and increasing collaboration between the American Baptist Churches of New York State and IM,” Kelsey added.

Reid Trulson, IM executive director expresses his admiration for Kelsey’s service to IM and IM’s partners. “The quality of Jim’s multi-cultural ministry in Europe led to invitations in recent years for him to also help train pastors in Vietnam. This, along with his own experience in pastoral ministry, has equipped him well for his work as Executive Minister in New York State,” Trulson commented.”

The Kelseys are proud parents of Luke, who will be attending Denison University in Granville, Ohio, in the fall, and Ben, who will be entering his junior year of high school.

“As well as a deep commitment to our Lord Jesus Christ and a strong sense of call, Jim brings a broad spectrum of experience and gifts for ministry.  Jim’s gifts for administration, his passion for local churches and their leaders, and his rich experience as an American Baptist make him an excellent fit for us,” said Rev. Lynn Sullivan, president of ABC-NYS.

American Baptist International Ministries (IM) was organized in 1814 as the first Baptist international mission agency in America. It began its pioneer mission work in Burma and today works in Asia, Africa, Europe, the Middle East and the Americas serving more than 1,800 long-term and short-term missionaries. Its central mission is to help people come to faith in Jesus, grow in their relationship with God, and change their worlds through the power of the Spirit. It works with respected partners in over 70 countries in ministries that meet human need.