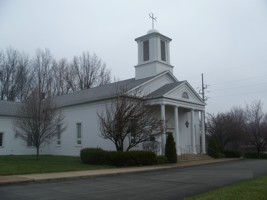 On April 10, 2011, the members of Western Reserve Community Church joined together for a 150th Anniversary Celebration of the Western Reserve Community Church in Boardman.  Pastor Angelo LaCivita serves as Senior Pastor. The church is part of the Trumbull Baptist Association.  Mrs. Lynn Clark, chairperson of the Deacon Board serves as the Moderator of the Association. 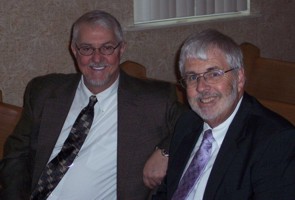 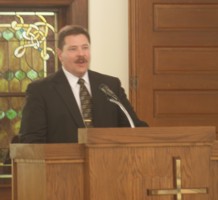 An installation service was held for Pastor Ed Sollenberger at the Lena Baptist Church (Western Baptist Association) on Sunday afternoon, February 27, 2011.  The sanctuary was filled to capacity as church members, friends, and family gathered to celebrate the occasion.  Rev. Pamela Wantz of the Linden Avenue Baptist Church of Dayton delivered the sermon, followed by several offerings of special music, and an additional word of encouragement by Rev. Dan Bellavia of the First Baptist Church of Greater Toledo.  The WBA pastors were well represented as they welcomed Pastor Sollenberger into the association.  Pastor Sollenberger is a graduate of the ABC/OHIO Leadership Academy and former Associate Pastor of the Linden Avenue Baptist Church. 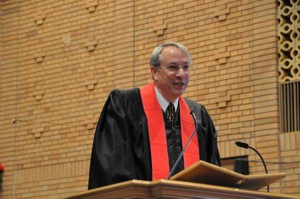 International Ministries missionary, Duane Binkley began 2011 with a service of ordination at Springfield Baptist Church in Akron, Ohio, where Duane and Marcia, his wife, are members.  Duane’s ordination comes after more than 20 years of service as a long-term missionary with Marcia for IM in Thailand. The couple serves ethnic Karen (pronounced Kuh-ren’) and Chin refugees from the country of Burma.  Living and serving in the U.S. since 2007, the Binkley’s ministry focuses on the tens of thousands of refugees invited to come to the U.S. starting in 2006 though the U.S. Refugee Resettlement Program.  While in the U.S. the Binkleys also continue to work with those still remaining in refugee camps along the Thailand-Myanmar (Burma) border.

We Mourn the Passing of Edith W Keucher

Edith W. Keucher died at Memorial Medical Center on Monday, January 10th, 2011, surrounded by family members at her bedside. Mrs. Keucher was born on November 1, 1916 in Nazareth, Pennsylvania. She was born on All-Saints Day, which seems very fitting, as everyone whose lives she touched felt that she was a saint!  Mrs. Keucher was a fine musician, and was organist at Gage Park Baptist Church in Topeka, KS and First Baptist Church in Granville, OH. She directed the handbell choir there as well. Most recently she played piano for the Sunday evening chapel services at Concordia Village where she resided. She loved flowers as well as music, and she planted and maintained beautiful flower gardens everywhere she lived.  Edith will be missed by us all.