Anna Jane Massie, age 94, of St. Paris, Ohio went to be with the Lord on Thursday, August 18, 2016 surrounded by her loving family. She worked as the secretary at the First Baptist Church St. Paris. She was also president of Ohio Baptist Convention (OBC), served with her husband Francis on the Board of Trustees of OBC and served on several sub-committees. Anna Jane was President and Secretary of American Baptist Women Western Association and served as chairman of White Cross OBC. On the 50th anniversary year she traveled all over Ohio and went to many churches speaking and promoting White Cross. Anna Jane served on every board and committee at First Baptist Church St. Paris and sang in the choir. She also taught a Bible Study Group for St. Paris senior citizens.

It was another wonderful day at the Toledo Area American Baptist Association (TAABA) Annual Picnic on June 12, 2016. Over 150 attended from sister TAABA churches. Attendance continues to grow each year! Our Region Minister Jane Gibbons joined us as TAABA celebrated together. God was good and gave TAABA an afternoon of sun and hearts filled with joy!

The Mohican Baptist Association of Ohio welcomed Dr. Ernest H. Jones, our brand new Executive Minister for the American Baptist Churches of Ohio for their Spring Rally. Dr. Jones preached from Jeremiah 29:11 on "Partnership in a Hope Filled Future." 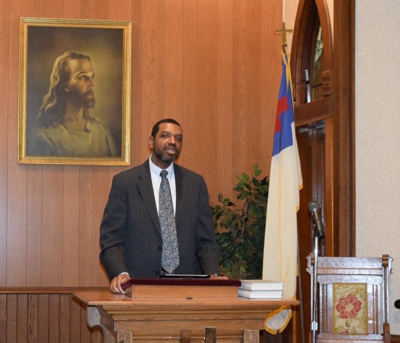 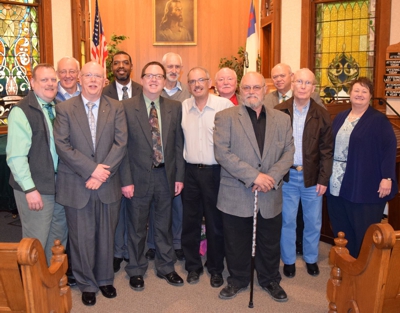 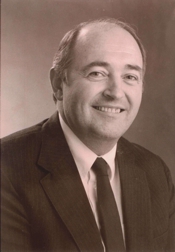 Rev. Dr. David C. Stone, 78 passed away April 9, 2016. David was a Missionary with the American Baptist Home Mission Society, retiring in 2000. David was a member of Calvary Baptist Church in Boardman. Before coming to Youngstown, he served with the Weirton Christian Center in Weirton, WV. David earned a B.A. Degree from the University of Minnesota. He then earned a Masters of Divinity and received a Doctorate of Divinity from the American Baptist Seminary of the West in Berkley, CA. David served on many Boards and committees of the American Baptist Church of Ohio and the Mahoning Valley Baptist Association. David served as Executive Director of Neighborhood Ministries from 1969 to 2000. With a heart full of love for those in need, he developed children and family assistance programs in the Kirwan Homes Housing development in Campbell and started a community center in the Kimmel brook Housing development on Youngstown's east side. He helped to establish youth summer programs throughout the Youngstown area, as well as starting Interfaith Home Maintenance, a local nonprofit dedicated to providing home repair services to low income families. He was a strong advocate for sending children to Christian camp. After his retirement in 2000 he helped establish Neighborhood Ministries' West Side Community Center, provided after school programming for boys on Youngstown's west side. His most important work was not so much professional, but personal and he will be forever known by hundreds of children for encouragement and as a father to the fatherless. 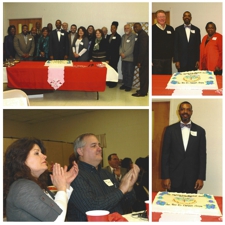